Emotions and ADHD: Read This Book! 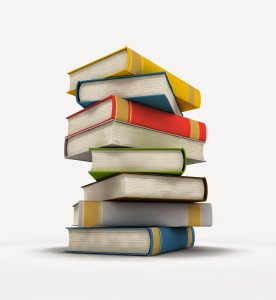 Among the books that I most often recommend about ADHD is Thomas E. Brown’s Attention Deficit Disorder: The Unfocused Mind in Children and Adults.  In this book, Brown introduces his view of ADHD as a disorder of executive functions, a view increasingly shared by most ADHD experts. A more recent book of his is titled A New Understanding of ADHD in Children and Adults: Executive Function Impairments. If you haven’t read either of these books, I heartily recommend you read at least one!

Recently, however, Brown’s newest book Smart but Stuck: Emotions in Teens and Adults with ADHD has become one of my must read suggestions, even though I have only read the first three of its 13 chapters!

Why am I so excited about this book? Brown’s newest book examines in detail one of the least recognized, yet critically important, impairments of ADHD: emotional regulation, or the ability to self-regulation one’s emotions.

“[E]motional struggles play an especially large role in the daily life of people with attention deficit disorders. The same chronic impairments that interfere with other aspects of … cognitive functioning also tend to interfere with [the] … ability to manage and be adequately guided by … emotions” (p.7).

Brown adds a further important point:  “People with ADHD often suffer chronic difficulties in responding to and sustaining emotions that motivate them for important tasks” (p. 7).

Discussing ADHD and the emotional brain in the first chapter of his book, Brown argues that emotions are not separate from, but, rather, an integral part of brain function. He makes the following key points:

Following this fascinating, and confirming, overview of emotions and ADHD, Brown offers nine chapters, each a story of a person whose ADHD and emotional regulation difficulties posed significant challenges to accomplishing goals and living a satisfying life.

If you have ADHD, or have a loved on with ADHD, I guarantee that you will recognize your own situation in aspects of these stories. In fact, it’s likely that the stories will shed light on experiences that have been difficult for you to understand, and harder to address.

The “ah-ha”s and increased understanding readers will have of the role emotions play in ADHD make  this book extremely valuable and validating. Additionally, through each of these stories, as well as a brief final chapter, Brown offers guidance on awareness, interventions, structures, and support that can help individuals with ADHD get “unstuck.”