There’s more than one type of procrastination?

What student hasn’t – at least one time – delayed writing a paper or studying for an exam until the last minute? What adult hasn’t procrastinated on some project or another at home or work? 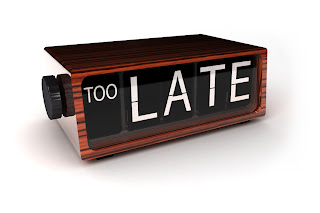 Procrastination isn’t anything new to most people, particularly to people with ADHD.

But, did you know that there are several types of procrastination?

Joseph Ferrari, PhD is a Distinguished Professor of Psychology at DePaul University in Chicago and an international researcher and expert on the issue of procrastination. He and his colleagues have identified at least three distinct types of procrastination:

Procrastination has been associated with a number of problems including low self-confidence, worry, social anxiety, feeling depressed, and lacking energy. You might wonder which is the chicken and which is the egg here?

Here’s some food for thought on this topic:

To read more about procrastination, check out these other blog posts:

If you need some help addressing procrastination in your life, consider working with an ADHD coach. Contact me for a free initial consultation today!