“Our doctor said my son has ADHD and told us that using stimulant medication, such as Ritalin, might help. But, I don’t like the idea of my son taking medicine. And can’t Ritalin have harmful effects?” 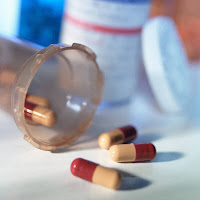 Many parents wonder about the risks and benefits of ADHD medication for their children. The fact is, there is no “one right answer” about what to do.

But, if your child is struggling, consider the findings of the following research on Ritalin in children with ADHD — published in the Harvard Review of Psychiatry.

To look at the impact of the most commonly used medication for ADHD, methylphenidate, commonly known as Ritalin, the researchers examined results of nine published studies using functional MRI (a type of brain scan) to evaluate brain changes after children with ADHD had taken a single dose of the medication.

The studies examined the impact of methylphenidate on several types of challenging tasks:

These results suggest why many children with ADHD experience a reduction in impulsive behavior when taking medication for the condition.

2) Selective attention, a measure of focus and the ability to inhibit attention to distracting stimuli. Limitations in selective attention abilities are commonly termed distractibility, a hallmark of ADD. Selective attention issues can interfere with completion of classwork and homework, effective learning, follow-through on chores, and many other aspects of daily life for a child with ADD.

So, methylphenidate appears useful in addressing distraction for individuals with ADHD.

3) Time perception. Procrastination, a common concern related to ADHD is, in part, related to a failure of individuals with ADD to internally grasp time, and the passage of time, in the same way others do. This can impact being on time as well as prioritizing, recognizing when to start tasks, monitoring task progress and assuring timely completion.

4) Working memory. Only one study reviewed examined the impact of methylphenidate on working memory, or the ability to hold numbeous items “online” and active in the brain at one time, another function commonly challenged in ADHD.

5) Brain activation overall. The nine task-based  studies investigating the effect of methylphenidate on the brains of children with ADHD demonstrated that:

The study authors  state that “In most cases, this increase ‘normalized’ activation of at least some brain areas to the levels of activation seen in typically developing children.

Interviewed  about the study for an article by Healthday News, Dr. Andrew Adesman, Chief of Developmental and Behavioral Pediatrics at the Steven and Alexandra Cohen Children’s Medical Center of New York agreed about the research implications: “[I]f anything, the medicine seems to help the brain look more normal and doesn’t seem to do anything bad to it.”

While medication affects every individual differently, the results of this study do raise a question to be considered inthe ADHD medication “debate.” If, as these studies suggest, medication for ADHD appears to”normalize” certain aspects of brain function for children with ADHD, maybe it is worth considering:  Isn’t it a bit like taking insulin for diabetes? Or wearing glasses for vision impairment?