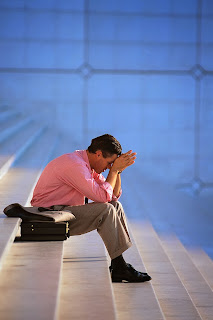 “I told you that I was frustrated, but how did you guess I might be ashamed?” a client with ADHD recently asked, acknowledging an emotion many prefer to ignore.

James had been telling me how his struggles with procrastination had gotten him behind on some work projects. In the course of discussing his “procrastination,” he had described his trouble starting various projects because he often feels over-whelmed at the work involved in doing as good a job as he knows he can.

On a logical level, I could have argued that just getting the work done would be better then trying to do the perfect job. James understood that argument… and had actually told himself that many times. But, he was still stuck. So, why?

Shame. It is the often secret emotion hiding under other feelings, including frustration and embarrassment, and is not uncommon among individuals with ADD.

Shame translates as “I am no good.” Not, “It’s not good that I am getting these projects finished late,” no. Shame is deeper, and fear based: “I am no good. I am not worthy.”

In her book The Gifts of Imperfection, researcher and author Brene’ Brown, PhD, LMSW defines shame as follows:

“Shame is the intensely painful feeling or experience of believing that we are flawed and therefore unworthy of love and belonging.”

But you are not alone in experiencing shame. We all have it: shame is a primitive human emotion. And for individuals with ADHD, it can be heightened.

At the same time, if we don’t acknowledge and address it, shame can become a serious problem, getting in the way of forward movement, of embracing ourselves, of living a full life.

So, it’s important to notice feelings of shame, notice the negative messages we may give ourselves. That awareness is the first step to creating a new way forward.

After acknowledging the shame he has inside, my client James decided to spend the week noticing how many times, and when, he gives himself negative messages: “You aren’t good enough.” “You don’t write well.” “You’ll never get that finished.” “You’ve never been able to get things done on time.” “You shouldn’t do it that way.” … and so forth.

Then, next week he and I will talk more about shame and how he might handle that internal “shame talk” as one step of moving forward.