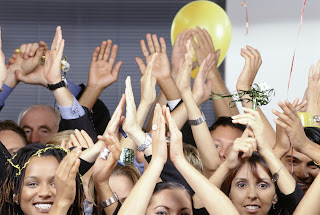 “Time to pay attention: What the new ADHD research is telling us” is the clever title of an article by health writer Alice Walton,  published online in Forbes magazine in March of this year. Walton begins:

“…[A] nicely executed study came out showing that ADHD persists into adulthood for about 30% of people who have it as kids. Not only does it persist, but regardless of whether it followed them into adulthood, people who suffered from it as children had a greater risk of other mental health issues, like anxiety, depression, antisocial personality disorder, substance abuse, and possibly even suicide. The risk of having a psychiatric disorder as an adult was, of course, much higher if ADHD persisted into that stage of life.” (To read the article in its entirety, click here.)

The persistence of ADHD into adulthood, and its often co-occurring mental health issues, leads Walton to urge more serious attention to ADHD. She argues that “Interrupting the ADHD cycle before it ends in demoralization – and, of course, depression or suicide – is the obvious answer.”

Walton’s article advocates a number of important steps in that direction:

1) ADHD should not be trivialized in the media or stigmatized in society.

2) ADHD should be viewed as  a chronic health issue, beginning early in life and often persisting into adulthood.

3) Early parenting interventions could be put in place to benefit families having children as young as three years with a family history of ADD or who exhibit “dysregulated” behavior.

5) Insurance companies could broaden their coverage of testing for psychological and learning disabilities to assure that appropriate interventions can be implemented.

6) Medication works best when accompanied by a “system” of support for children at home and school.

7)  ADHD in adulthood should be accepted as a valid diagnosis, and appropriate treatment and supports provided for individuals experiencing challenges in their personal life, relationships, and work life due to ADHD symptoms.

As Walton’s article explains, ADHD is real and it has real and potentially serious consequences.
Join ADHD coaches, therapists, psychiatrists, advocates and others in spreading the word:

“The debate about Attention-Deficit/Hyperactivity Disorder is over. The truth about ADHD is clear.”

Promote ADHD Awareness Month by learning more about ADHD, talking with family, friends and neighbors about ADHD, printing (from here) and sharing materials about ADHD in your school or worship community, and/or by getting involved in any other way you can!

ADHD Awareness Month – October 2013
Together we can make a difference!
Posted in Blog