The semester is well underway, and many students are facing their first rounds of quizzes and tests. How well do you prepare? Read on to see! 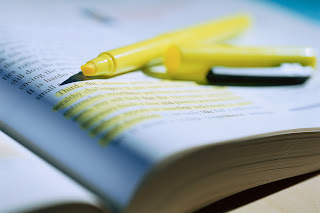 . . .  with these fourteen questions based on guidelines Professor Lena Garrison shares with her students at Carroll Community College in Maryland:
____  I study many times a week for my class, a few hours at a time, with breaks.
____  I have a set time to study for my class.
____  I study in a place without distractions.
____  I do the assigned readings before the lecture/class.
____  I take notes from the text.
____  I rewrite my class notes within 24 hours of the lecture.
____  I check my class notes with a classmate to make sure I have captured the essential information.
____  I regularly seek answers to questions that arise as I take or rewrite notes.
____  I seek out my professor, TA or tutor for explanations or clarification as needed.
____  I practice explaining key concepts and/or figures in a text or reading.
____  If pertinent, I practice labeling all key figures in a text (science) several times.
____  I practice or outline potential essay questions.
____  I make a review guide before a test, quizzing myself on the material.
____  I meet with classmates to review material, quizzing each other before a test.
How many of these habits do you already use?
To be more effective, what might you like to try?
What will you do differently this week?
Many thanks to Dr. Lena Garrison for sharing her assessment questions.
If you are looking for more help in developing effective study approaches for yourself ,or support with other aspects of school or life with ADD or ADHD, consider working with an ADHD coach!  I offer an initial half-hour consultation at no cost.
Posted in college, high school, student, study