Many Faces of ADHD: African-Americans and AD/HD

October is ADHD Awareness Month.  This post explores awareness of ADHD in the African-American population.

Over the past decade, awareness about and diagnosis of ADHD in minority populations in the United States has increased. In all likelihood, the higher numbers diagnosed represent not an increase in the numbers of individuals with the disorder, but, instead, more wide-spread attention to signs, symptoms and diagnosis. As a result, ADHD has been increasingly recognized among African-Americans. 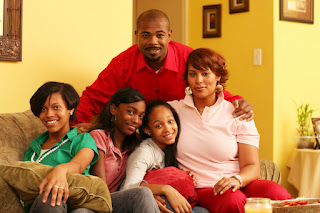 I. Research on Prevalence  of ADHD by Racial/Ethnic Group
In 2010, the U.S. National Center for Health Statistics published an analysis of data related to the prevalence of AD/HD in various racial groups. The data was obtained from the National Health Interview Study over the ten year period from 1998 to 2007.

This research found an increase in numbers of children diagnosed with ADHD over the study years, particularly among  white and black, non-Hispanic, children.
While the data showed that ADHD prevalence varied by race and ethnicity, differences between  groups narrowed over the study period, and by 2007–2009 ADHD prevalence was similar among Caucasian and African-American, and Puerto Rican children.
Since prevalence estimates in this report were based on parental report of a child ever receiving a diagnosis, results could be affected by the accuracy of parental memory, by differential access to health care between groups, or by parental willingness to report an ADHD diagnosis.
It was not possible in the study to discern whether the growing prevalence rates indicate a true change in prevalence or, instead, increased detection and diagnosis of ADHD.

In a Washington Post interview, Lara Akinbami, MD, the primary researcher for the study, was asked directly, “How does race play a factor in ADHD?”
Here’s her answer:
“This is a great, and perhaps thorny question.  For many health conditions, race and ethnicity has   been recognized to be associated with prevalence and outcome….  There are many other related factors, such as income level, place of residence, culture, health habits, etc. that are related both to race and to health.  What we do know about ADHD is that prevalence has increased greatly among some groups of minority children ….”

III. Research on Differences in Treatment among Racial Groups

This study did not address the very important question of differential treatment of ADHD among children in various racial/ethnic groups.  Yet, research suggests a number of factors impact treatment for racial and ethnic minorities in the U.S. 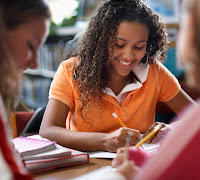 One study found that:

“The barriers preventing minorities from seeking and using [medication and counseling for ADHD] include a lack of culturally competent health-care providers, financial hurdles and little dissemination of information about treatments that work.”

According to Melvin Otis, MD, writing for the American Professional Society of AD/HD and Related Disorders (see Pediatric Track at the ASPARD link):

“Seeking and receiving treatment for a mental health disorder like ADHD can be a complex process that is influenced by a combination of access barriers and individual, cultural, and societal factors. For ethnic minorities, these factors include attitudes and perceptions about mental health care, language barriers, parental knowledge about ADHD, general access to treatment, and cost of treatment. “

Two interesting articles published in 2005 examine the impact of cultural beliefs on seeking treatment for ADHD among African-Americans. Although these articles are now each several years old, they highlight beliefs about ADHD and help-seeking that are important in any discussion of eliminating racial disparities in treatment.

A study published in The Journal of the National Medical Association suggests that many African American parents may be unfamiliar with ADHD:

Additionally, in an article in the National Resource Center on AD/HD‘s Attention magazine, Gary and Bussing point out that help-seeking behaviors among African-American parents may be impacted by a history of institutional racism:

IV. A Call to Action 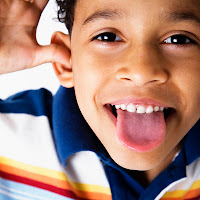 One purpose of ADHD Awareness Month is to disseminate information about ADHD widely, hopefully reaching individuals of “Many Faces,” including many races and ethnicities, with accurate and culturally-relevant information.

ADHD Awareness Month can also sensitize professionals working with individuals having ADHD to
reduce barriers by recognizing, as Otis suggests, “the cultural nuances of these groups; [the need to] fully integrate cultural sensitivity into assessing and treating patients with ADHD; and [a]cknowledging and discussing cultural differences.”

Further, ADHD Awareness Month can highlight the issue of “institutional racism.” Eliminating racial disparities in healthcare will require the efforts of policymakers, educators, physicians and other medical personnel who will all need to make a conscious attempt to discuss the impact of racism on health care.

Select resources for African-American families include the following:

Coaching is one intervention that can be helpful in the treatment of ADHD. To learn more, contact me for a free consultation: www.lizahmann.com